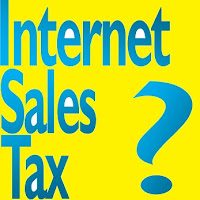 If you've been following the media reports about how Amazon’s recent “expansion” in Massachusetts gives the company nexus, or how Massachusetts may soon be enacting an “Amazon Law”, then you may think that Amazon should either be collecting Massachusetts sales tax already or soon will be.

But much of what has been reported is less than accurate!

Now before I jump into clarifying Amazon’s recent activity in Massachusetts (and whether that activity creates nexus or not) and what proposed legislation in Massachusetts will really do, I’ll add that this story was of particular significance to me because I happen to be a Massachusetts based consultant.  And so, I’ve been closely following this development – and have read one too many stories that have reported less than accurate information.

Does Amazon Already Have Sales Tax Nexus in Massachusetts?

Several months ago media reports started surfacing about Amazon’s plans to open a facility in Cambridge, Massachusetts in early 2012.  Many of these reports were incorrectly reporting that Amazon’s expansion into Massachusetts would translate into a sales tax collection requirement for the company. (See “Events converge to sharpen focus on Internet sales tax”, Boston Business Journal, 3/23/12)  But this new “Amazon” facility would not be part of Amazon.com, Inc., the parent company, nor would the facility be part of either of Amazon’s U.S. retail entities – Amazon.com LLC or Amazon Digital Services, Inc.  This new facility would house the employees and operations of an Amazon software development subsidiary, a2z Development Center, Inc., a separate legal entity.  Under Massachusetts current law, a2z Development Center, Inc. would not create nexus for Amazon’s on-line retail business.

Then, in mid-March of this year Amazon announced it would acquire 100% of the outstanding shares of Kiva Systems, Inc., a Massachusetts based developer and manufacturer of warehouse inventory movement robots.  This $775 million acquisition would be Amazon.com, Inc.’s second largest acquisition to date (Zappos.com, is its largest) and one seen as a major move to supplement its rapidly expanding fulfillment center network. (Amazon spent $4.6 billion last year on warehouses in 2011, its largest operating expense for the year.)

Acquiring this Massachusetts based robotics company only intensified the chatter that Amazon had established a physical presence in Massachusetts and should begin collecting sales tax.  But acquiring all of the shares of Kiva Systems, Inc. would mean that Kiva would be a 100% owned subsidiary.  Unless Amazon took additional action, such as merging Kiva into one of Amazon’s retail entities, Kiva Systems, Inc. would remain a separate legal entity, which again, would not create nexus for Amazon’s on-line retail business.

Now, I sympathize with Coalition and admire its tenacity. On May 31st the Coalition even sent a letter to the Massachusetts Department of Revenue (DOR) Commissioner practically demanding that the DOR hold Amazon responsible for collecting the 6.25% sales tax. The letter even cites the "opinion" of Rich Jones, a leading Massachusetts state tax attorney. (See my commentary under "Sylvia's Summation" below to see what Mr. Jones really had to say!)

But neither the Cambridge facility of a2z Development Center, Inc. nor the North Reading headquarters of Kiva Systems, Inc. automatically create sales tax nexus for Amazon’s on-line retail entities.  Now, if either a2z Development Center or Kiva Systems acted as agents for the retail side of Amazon’s business - let’s say that customers could return their Amazon purchases to the Cambridge office of a2z Development or to Kiva's Massachusetts headquarters - then the Coalition might have an argument.  But it is highly unlikely that either the R&D subsidiary or robotics manufacturer, has acted or will act as agents for Amazon’s retail entities.

Yes, I hate to tell the Coalition this, but under current Massachusetts law – their argument is not valid!  Amazon does not currently have a sales tax collection responsibility in Massachusetts.  But could things change in the future?  Definitely!

I’m not surprised that there's been some confusion about what legislation we may soon see passed in Massachusetts. This is because there have been four separate bills introduced during the current 2011-2012 Massachusetts Legislative  session that could have impacted internet sales.  But let’s look at what’s actually occurred in the Massachusetts legislature to date, and what the only Massachusetts proposal that stands a chance of passing really says.

If you’ve read some of the media coverage that's been circulating in the last 18 months or so about the various Massachusetts "Amazon" proposals, you may have read something along the lines of this statement, “a Massachusetts bill now under consideration on Beacon Hill would also expand the definition of physical presence to include affiliates.” (See “Amazon’s move to Cambridge allows Massachusetts to begin collecting sales taxes sold to state residents”, The Republican, 3/24/12)

H. 3673: The One Massachusetts Proposal That Could Actually Pass

But guess what?  H. 3673 is not a “click-through nexus” proposal.  Nor does H. 3673 contain expansive affiliate nexus language.

In other words, H. 3673 says absolutely nothing about nexus being created if a remote seller contracts with an in-state party who post web-links to the remote seller’s retail site.  Nor does H. 3763 contain language that would attribute nexus for sales tax collection purposes to a remote retail entity simply because related or commonly owned entities operate in the state. (Note: Because click-through nexus deals with a remote seller’s contractual relationship with in-state marketing affiliates, “click-through” or “web-linking” nexus is sometimes also referred to as “affiliate nexus”.  Though in a legal sense, affiliate nexus means nexus by virtue of common ownership of entities operating in the nexus state.)

If passed, H. 3673 will authorize the Commonwealth to adopt the Streamlined Sales and Use Tax Agreement (“SSUTA") and will grant the Commissioner of Revenue the authority to promulgate rules and regulations consistent with the SSUTA.  (See SECTION 22, H. 3673)

And in anticipation of moving towards SST membership, H. 3673 also addresses the many associated issues such as approval of an amnesty period (SECTION 7A., H. 3673), use of Certified Service Providers (SECTION 6, H. 3763), monetary allowances for sales tax collection (SECTION 8, H. 3673) and use of an SST approved exemption certificate (SECTION 6(3), H. 3673).

Will this legislation actually pass?  It quite possibly could!  H. 3673 was voted on favorably by various House Committees and by the Joint Rules Committee.  On June 4, 2012, H. 3763 once again moved forward when it received an “ought to pass” recommendation by the House Rules Committee and was referred to the House Ways and Means Committee for further consideration. (See the bill’s legislative history.)

But even if H. 3673 does pass and Massachusetts does become a SST member state, Massachusetts would only be able to able to require remote (out-of-state) retailers, like Amazon, to collect Massachusetts sales tax if the Main Street Fairness Act (H. 2701/S. 1452) or the Marketplace Fairness Act (S. 1832) is enacted.  Recall, that these are the two federal proposals that would grant SST full member states immediate collection authority - the other federal proposal, the Marketplace Equity Act (H. 3179) does not look to the SSUTA as it has its own guidelines that states must comply with. (Click here for a listing of my SalesTaxSupport.com blog articles and latest whitepaper on the federal remote seller proposals.)

In other words, passage of H. 3763 alone would not give Massachusetts immediate authority to require Amazon, or any other remote retailer that lacks sales tax nexus to Massachusetts, to begin collecting the Commonwealth's sales tax.   This authority would only come about if either the Main Street Fairness Act or the Marketplace Fairness Act is enacted by the end of 112th U.S. Congressional session and Massachusetts moves to full-member SST status.

So there you have it – what’s really happening in Massachusetts!

Now as I mentioned above, I mean no disrespect to the Coalition - the reality is I’m much more likely to shop at a local retailer than I am on-line.  And I do sympathize with local retailers who feel like their stores have become “showrooms” for on-line shoppers.  But the law is the law, and to argue that under current law a2Z Development, Inc. and Kiva Systems, Inc. automatically create nexus for Amazon’s retail entities is incorrect!  As I mentioned above, neither of these entities act as agents for Amazon’s retail entities.  Plus, I'm convinced the Coalition wasn't even considering an "agency" connection - they simply believe activity by any Amazon legal entity means "Amazon" as a whole has nexus in Massachusetts.

But here's another point I need to make.  I also happen to know Rich Jones, the leading Massachusetts state tax attorney cited in the Coalition’s letter and he is without a doubt, a highly respected authority on Massachusetts taxation.  I also know that the Coalition did not specifically seek his advice when authoring their May 31st letter to the Commissioner, but simply incorporated statements he made during an interview with the New England Cable News (NECN) network.  As a matter of fact, Mr.  Jones commented on this development in a LinkedIn discussion and noted that he was "surprised to be quoted in (the Coalition's) letter" as he "never had any interaction with the Coalition".  Mr. Jones' LinkedIn comment further states, "I am curious as to why the Coalition used my opinion to support its premise that Amazon is currently 'legally required to collect and remit state sales tax'. I certainly never reached that conclusion about Amazon in particular"......"if Amazon's physical presence in Massachusetts is through corporate affiliates that are not acting as agents for Amazon.com, Inc., then my conclusion would be the opposite of what the Coalition suggests."

Although I realize what the Coalition attempted to do (cite the opinion of an expert to support their argument) I find it disconcerting that his comments were used without his approval as the letter gives the impression that Mr. Jones’s counsel was specifically requested.

So are the Cambridge office of a2z Development Center Inc., and the acquisition of Kiva Systems, Inc. enough to require Amazon to begin collect sales tax already?  Again, I say absolutely not!  But could things change in the future?  Absolutely!  But not as quickly as some folks might think.  At this point, how quickly would depend on what happens with the federal remote seller proposals – proposals which are currently all stalled “in committee”.

But as far as H. 3673 goes - do stay tuned! The current formal session of the Massachusetts 187th Congress ends on July 31st, which means Massachusetts could soon begin its journey towards full SST membership.

Missed my last post? Catch it here: "Massachusetts' Revised Guidance on Groupons & Sales Tax; An 'About Face' or Simply a More Reasonable Approach?"
Follow me on twitter at:  @SylviaDionCPA
View my profile on LinkedIn at:  http://www.linkedin.com/in/sylviadioncpa
Visit my company website at:  www.sylviadioncpa.com