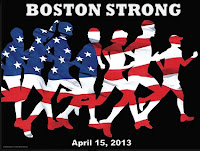 To say that the events that took place in Boston and the surrounding areas this past week were surreal is an understatement!  The Boston Marathon bombings have been described as the most violent act of terrorism on U.S. soil since September 11th.  The subsequent manhunt for those responsible, the lock-down imposed on residents of Boston, Cambridge, Watertown and surrounding areas, the emptiness of the streets of downtown Boston and these same communities as the FBI, local police, swat teams and militia conducting a house-by-house search - well again - all so surreal!

I find myself angry and sad but at the same proud of my fellow Massachusetts residents who have come together and shown an incredible amount of resilience. My thoughts and prayers truly are with those of you who have been impacted!

And so, in this post I’ll discuss Massachusetts' recently issued administrative guidance announcing and explaining an additional extension of time to file/pay to individual and business taxpayers impacted by the Boston Marathon violence, but also offer links to good sources of information where details on how to help can be found.

Massachusetts Issues TIR 13-7: Extension of Time for Certain Tax Filings and Payments for Taxpayers Affected by the Boston Marathon Explosions

Recognizing that most taxpayers use information from their federal tax return to complete their Massachusetts return, the Department has followed the IRS’ lead in extending the date for the filing of many Massachusetts tax returns, and the associated payment of such returns, until July 15, 2013.  (Note, The IRS’ three-month relief is detailed IRS Information Release, IR-2013-43, issued April 16, 2013.)

Tax Returns to Which the Extended Filing and Payment Deadline Applies

The July 15th extended deadline applies to several categories of individual and business tax returns and to the payments of affected taxpayers that would have been due on Massachusetts’ normal due date of April 16th. (Note, April 15th fell on Patriots Day, a Massachusetts state holiday, which meant that Massachusetts taxpayers had an extra day to file their Massachusetts returns and payments.  Incidentally, the Boston Marathon is traditionally held on Patriots Day – thus, this adds even greater significant to the violence that occurred that day.)

The Massachusetts tax filings and payments to which the three month extension applies include:


Corporate and business tax returns of affected taxpayers that were originally due on April 16, 2013 (essentially those with a fiscal year ending January 31, 2013), are also granted the three month extension.  This would include the following returns:

Taxpayers to whom this relieve is extended include all individual taxpayers living in Suffolk County and all other Massachusetts personal income tax filers and business and corporate taxpayers whose income or corporate excise filings and payments were adversely impacted by the April 15th explosions, including taxpayers whose tax return preparer or necessary records were directly impacted by the explosions.

Affected taxpayers that file their returns, extensions and payments electronically will automatically be granted the three month extension.  Taxpayers who file paper forms and returns should include the following notation “2013 Boston Marathon” in red ink at the top of their filings.

The Massachusetts Department of Revenue has issued a Technical Information Release detailing the extension of time until July 15, 2013 for the filing of most categories of tax returns and forms, and the associated tax payments, that would have been due on April 16, 2013.

Because the Department’s relief extends to business taxpayers, as well as to individual taxpayers that are residents of any Massachusetts county (provided the taxpayer, the taxpayer’s return preparer or the taxpayer’s records have been impacted by the explosions), the Department’s relief is more comprehensive and generous than the IRS’ which limited it’s extension to individual tax returns and Suffolk county residents.
The extended time provided to affected taxpayers means that qualifying returns, forms and payments made by July 15, 2013 will not be subject to late filing or late payment penalties.  However, all payments will be subject to statutory interest, which will accrue from the original April 16th deadline until the payment date.  Additionally, taxpayers should note that failing to file their qualifying returns, forms and/or payments by the July 15th  deadline will subject them to penalties dating back to the original tax return or tax payment due date.

Finally, in light of the unspeakable tragedy that occurred in Boston just one week ago, there have been many organizations, corporations and individuals that have come forward to help, including some establishing funds for the victims and their families.  If you'd like read about some of these efforts, and possibly lend some support, the Boston Globe has a listing of ways to help in this April 18th, Boston.com report: “Boston Marathon Bombings: How to Help.”  The Huffington Post has also updated its report “Boston Marathon Help: Funds Set Up For Martin Richard, Lu Lingzi, Other Victims And Survivors”  which includes a similar listing of ways to help.

One last note – while events such as the marathon bombings can bring out the best in people who genuinely want to help, not everyone has the best of intentions.  Sadly within the last week, the IRS has reported the emergence of scams purporting to raise funds for the Marathon bombing victims (as well as for the victims of the West, Texas fertilizer explosion). Here are two great reports on this topic: “Don't become a charity scam victim in the wake of this week's terrible events in Boston and West, Texas”, Don’t Mess With Taxes blog, 4/19/13; “IRS Warns about Boston and Texas Charity Scams”, AccountingToday, 4/22/13)